There Is (Still) A Club.

AllTheirAccessIs
ThemVille
Laila, by going against 'Club' convention by actually digging, has learned that the Legislative Press Gallery of British Columbia willingly entered into an agreement with the provincial government to do all their business by phone.
While this was understandable through the first months of the pandemic it is curious that the highly controlled, limited questioned practice went on right up until this week when suddenly the live pressers were everywhere.
Now, while I can fully understand why the Dippers milked this fully in effort to control the message, why would the Ledge (mostly) Boys have gone along with it for so long.
Well, as Shannon Waters of the independent BC/Politics Today has repeatedly chronicled, the overwhelming majority of those highly controlled and rationed calls on the phone-in's went to the representatives of the big corpMedia outlets: 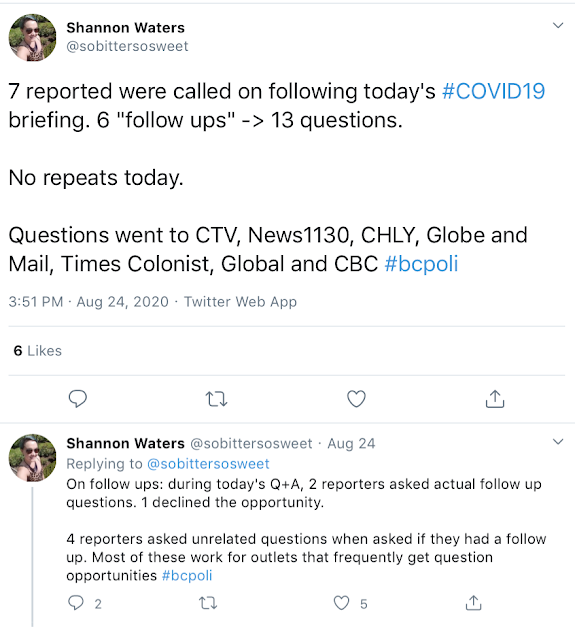 As you might expect, the Keef himself was not amused by Ms. Waters exhaustive documentation of the bleeding obvious (no ron intended): 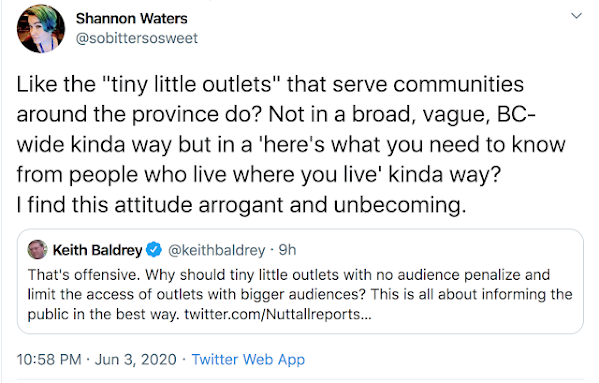 In my opinion, what is really offensive is a group of super fine corpMedia Club types going along to get along in an effort to enshrine their goddess-given right to exclusive insider access.
OK?
_________
The pact between the government and the ledgies was so iron-clad that, as Laila further noted, even Bob Mackin had to agree to play by the pact's rules to gain any access to the phone-ins whatsoever.
Just in case you were wondering, our criticism of the Club goes way back.